Atelectasis: Important Information You Should Know 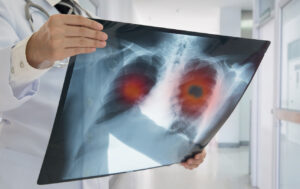 When the term ‘collapsed lung’ comes up, most people would panic, which is understandable as the mental image that conjures is not pretty. It sounds like a grave emergency because it is one. However, it should be noted that ‘collapsed lung’ actually stands as a general term for many atelectasis types.

The medical condition atelectasis is, simply, a deflation of the lungs. It could be full-on, partial, or localized. What is worth taking note of is that atelectasis is actually naturally resolved, and the condition is very much short-term. That said, there’s a worst-case scenario involving the condition. There is such a thing as ongoing atelectasis. In that instance, there’s a continuous high risk for further infection.

What Leads to Atelectasis?

There are several causes that can lead to someone’s lung collapsing. This includes the likes of:

Lungs can also collapse if there’s something blocking the airway. When the windpipe ends up blocked by a foreign body, inflation of the lungs will be poor. In turn, the lungs can end up collapsing.

While this may go without saying, it should be mentioned still. Lung diseases like COPD (chronic obstructive pulmonary disease)and ILD (interstitial lung disease) can lead to swollen, inflamed airways. That blocks the airways and paves the way for atelectasis to set in.

If mucus builds up in the lungs for whatever reason, atelectasis is likely. The air sacs could end up closed off from the rest of the lungs because of how viscous the liquid is. When that happens, deflation or a full collapse will occur. Deep breathing or a hard cough should resolve this.

When people go through a major surgery, they could end up dealing with atelectasis. That’s because the lungs have gone through limited use and have weakened as a result. Since they’re too relaxed, they end up deflating.

How Does One Prevent Atelectasis?

Lungs usually collapse because of an accident or a health condition. Needless to say, the best way to prevent atelectasis is by keeping a safe, healthy disposition. If a person has a lung disease, they can lower the risk of dealing with a collapsed lung by changing their position every so often (someone that works at a desk all day, for example, would benefit from a quick stretch). Breathing exercises will go a long way as well, many of which can be found for free online or just by asking a doctor or health professional.

People who have COPD and the like who continue to smoke cigarettes should stop completely. Otherwise, they’re just making things far more difficult for themselves.

Atelectasis is, in a nutshell, a generalized term for the partial, localized, or full-on collapse of the lungs. While it usually resolves itself normally, the worst-case scenario involves a continuous high risk for further infection. Prevention is largely dependent on living a healthy lifestyle, doing breathing exercises, and not partaking in smoking. If you are experiencing atelectasis or are worried about it, consult your doctor.