Chronic Kidney Diagnosis in the Elderly | Questions Are Raised 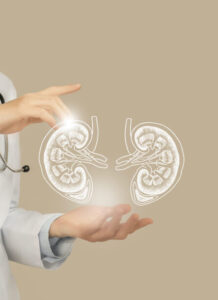 Do you believe that half of the population of seniors over the age of 70 has chronic kidney disease? Can this be true?

The International Guidelines that were adopted in 2012 seem to think so. They define chronic kidney disease in terms of how well the organ is filtering waste from the blood – a measurement called glomerular filtration rate. For relatively healthy young people, their G.F.R.s are at 120. Anything lower than 60 is a market or kidney damage, just as the presence of protein in the urine for over three months means it’s chronic kidney disease.

The thought of having kidney disease is enough to worry even young people but more so the elderly. Having sufficient information about it could help you understand the disease’s progress, and hopefully, how you can take steps to avoid it. In this post, Morristown Post Acute Rehabilitation & Nursing Center, your trusted center for hospice and palliative care, is going to focus on kidney function and how it declines with age:

The Problem with Kidney Disease

Here’s what is problematic about chronic kidney disease – there are no symptoms until it is at its later stages. Unfortunately, most seniors who get the diagnosis learn about it when they’re already at Stages 3 or 5. That’s undoubtedly some unwelcome news. These benchmarks are used for billing and reimbursement by Medicare, so in a way, these later stages have become the definition of the disease for elderly Americans.

That said, kidney function declines with age, and this is the case with almost everyone. The proportion of the elderly with G.F.R. readings of below 60 is nearing 50 percent, according to studies. As the number of older adults grows, so does the prevalence of this disease.

However, the proportion of seniors who will reach kidney failure and require transplant or dialysis is still relatively low. People don’t usually turn to dialysis until their G.F.R. dips too low – about ten or so. The great majority of our seniors will not get those numbers, though.

Why Are There Discussions About This, Then?

This is a discussion worth having because as a small group of physicians and researchers try to convince the rest of the medical field, the guidelines should be calibrated depending on the age.

When the same standards are used across all age groups, a huge fraction of the elderly population is mislabeled and victimized. Some doctors propose that for people over the age of 65, the diagnosis should require a G.F.R. of less than 45. With that lower threshold, it’s possible that a third to even perhaps half of those chronic kidney disease diagnoses will disappear. The G.F.R. of below 60 as a concern should only apply to young people around age 20 or so.

That said, there is also a group of physicians and researchers who warn against changes in the guidelines. They say that having chronic kidney disease can increase the risk of death from any cause, particularly cardiovascular diseases. They say those with kidney disease have to be treated differently from those without it. A diagnosis may also help patients steer clear of drugs that can further harm kidneys, and medications given by physicians can be modified.

Whether the guidelines are changed or not, though, the bottom line remains the same. People get more susceptible to problems like chronic kidney disease as they age and whether or not they get a diagnosis for it, the doctor is likely to offer the same counsel: Keep track of all the drugs you are taking, control your cholesterol, diabetes, and your blood pressure as these can exacerbate kidney disease. The elderly who are already in hospice and palliative care centers like Morristown Post Acute already have a kidney care team providing expert care, especially those with diagnoses like end-stage renal disease on dialysis, acute or chronic kidney disease, or those requiring post kidney transplant management.

Morristown Post Acute Rehabilitation & Nursing Center offers hospice and palliative care right across Morristown Medical Center. We provide patient-centered services and ensure that all patients receive clinical excellence and compassion from everyone on our staff. Contact us today to learn more about our center!